A development permit application has been received for a 16, 810 sq. m market housing development on Lot 6 at the corner of Birney Avenue and Ross Drive in Wesbrook Place. The application proposes a 16-storey apartment high-rise and 3-storey townhouses with 231 residential units….

A virtual public open house for this project is scheduled for February 17, 2022 from 7:00 – 8:30 PM. To register for this event please follow the link below. On the date of the event an email link to the meeting will be sent out.

Please provide your comments or concerns using the online feedback form until February 24, 2022.

This project will be reviewed by the UBC Development Permit Board on March 9, 2022 at 5:00 PM. Details on attending the virtual meeting will be found here closer to the date.

Chris was the brilliant son of his parents in Bucarest,Romania, was an avid sailor and earned a degree inmicrobiology before moving to Ontario, Canada wherehe served as an IT expert for a large banking company.

He was also a fierce advocate for Democracy havingbeen raised in a Totalitarian country. While in Ontario,he observed the Wreck Beach battles to preserve notonly the beach, but the naturist life style there.

Thus, in1992, he re-located to Vancouver in order to help theWreck Beach Preservation Society (WBPS) in its effortsto save the beach physically from the many developmentthreats which included efforts to build a highway aroundPoint Grey and to ban nudity there, although one of theRCMP staffsergeants said that“trying to stopnudity at WreckBeach would havebeen like trying tostop the Titanicfrom sinking.

From 1992 to his death in 2021, Chris was a strongadvocate for the naturist life style and for preservingWreck Beach in as nearly a natural state as possible.

Chris served on many committees and workedassiduously with Judy Williams and the WBPS to lowerand alter the high rise student towers at UBC whichwould have destroyed the wilderness-like ambience ofWreck Beach had they been built as UBC originallyplanned!

Chris kept his battle with vertebralcancer private but he fought it quietly, with greatbravery. He was a smart, kind, loving and a close friendwho will be forever missed by Lisandre, Denise, Judy,and his Wreck Beach family. As requested, his asheswill be scattered at sea off Wreck Beach from GeoffGodding’s yacht on June 5, 2021.

LISTEN TO THE STILL(By Judy Williams for Chris ‘52nd Birthday)

And it will warm you as surely As the sun dissolves the fog.Listen to the still and years,And tears hence,It will enfold you as eternallyAs the sea…Years and Tears hence…Arms around you, Judy”Prepared by Judy and Denise

W.B.P.S. annual meeting is held on ZOOM due to pandemic.

Please join as many people as possible.

Wreck Beach has lost another devoted naturist who valued Wreck Beach and its natural beauty, greatly.

He often could be found in Billy’s “Casino” where he brought his young daughter, Naomi, whenever they had the time.

Vern’s dry  sense of humour always shone through, but he was always there in times of trouble for the beach, his family and friends.

Vern and his wife, Linda, were avid kayakers and combined their love of nature through their kayaking.

If the measure of a man can be determined by the way he treats others, his family, friends and animals,  then Vern was a man for all seasons.

Vernon would caution sun lovers to take protective measures against melanoma because his turned out to be a particularly aggressive kind which stole his life far too early.

From Colorado to Nevada’s Burning Man to Hotsprings Cove and the Oregon Country Fair, Vern and his brother, Derek explored Naturist locations across North America.

They were in the midst of restoring a homebuilt aircraft at Boundary Bay. He will be missed and we will hold a wreath-laying ceremony in the Spring.  Rest in peace, Vernon.

The ceremony scheduled for International World Rivers Day has also been cancelled due to the unavailability of the organizer due to personal tragedy.

Thanks to all of you who were prepared to help.

As you may already know a new House of Commons e-petition aimed at stopping the Roberts Bank Terminal 2 project opened for signature a week ago.

It is getting a good response and well on the way to reaching the number required for its sponsor, MP Manly, to present it to the House of Commons.

I am reaching out to you and a number of others in the hope you can use your contacts to get more signatures.

The signature page for the petition is HERE>>

It can be signed by Canadian citizens and residents of Canada.

It is also on the APE home page: https://www.againstportexpansion.org/home

I would really appreciate if you can send out an email asking folks to sign the petition.
If you can also put it on your websites that would be an added push.

It would be great if we can reach the numbers required before parliament reconvenes in ten days.

If you have already gone out to your contacts then THANK YOU!

We could not organize any events due to COVID-19 pandemic this year.

But, we are doing beach clean up since it was the busiest season we have never experienced.

It is going to be “Sunday” this year!

We all supply what we need. All we want is your body!

Thank you and see you on the beach! 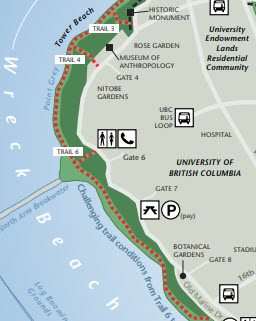 …just west of the UBC Museum of Anthropology). Please note that paid parking is available at the Rose Garden Parkade (near the UBC Chan Centre) and that it takes 10 minutes or more to walk to the foot of the #4 Trail.

Performances take place rain or shine. No photography or video allowed. Donations are gratefully accepted and clothing is optional. Because of COVID-19 safety concerns, we will not be accepting donations at the performances. If you wish to support the continuation of our annual Wreck Beach Butoh performances, you can donate here.

If you are experiencing any COVID-19 symptoms such as fever, chills, new or worsening cough, shortness of breath, new muscle aches or headache, and sore throat, please stay home to protect others. Please remember to practice social distancing of 2 meters from others when watching the performances. Please watch this GVRD Parks video below regarding physical distancing for your safety.

Kokoro Dance’s Wreck Beach Butoh performances are performed with set, costumes, and lighting provided by Mother Nature. Each year, we create a new dance that embraces the sand, water, and air at this beautiful location with its views of the Howe Sound to the west, mountains to the north, and the skyline of the city to the east. We promise a unique performance experience unlike any other in the world. 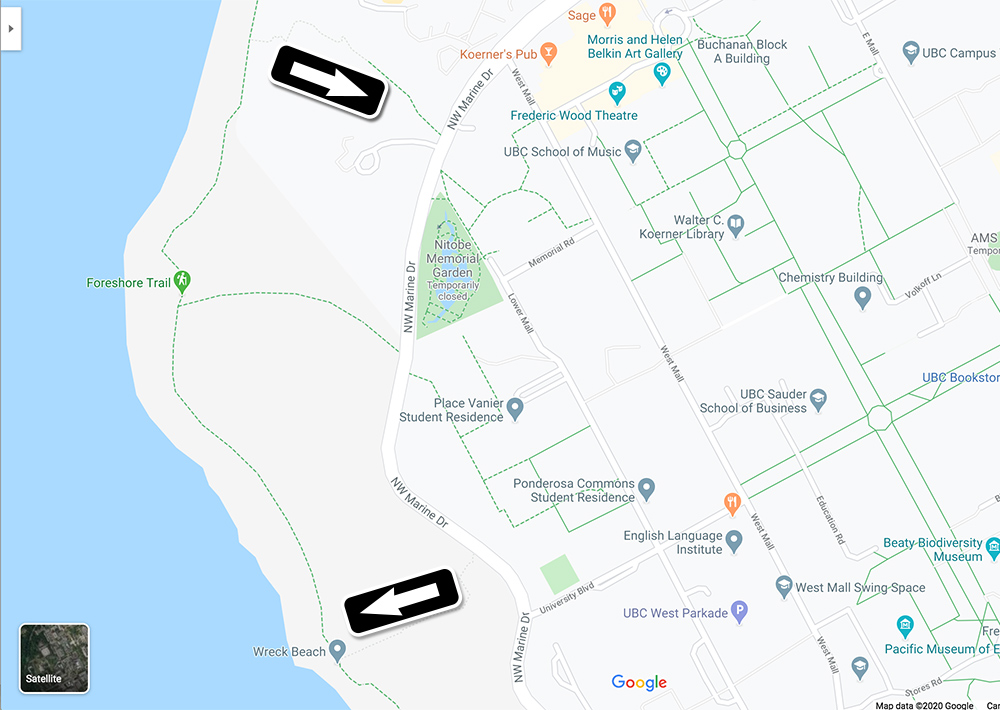 Wreck Beach is OPEN during the COVID-19 pandemic.

To keep our precious beach open, everybody needs to follow the rules below.

–  Maintaining social distance (2m/ 6ft.) is the most important thing to remember!

Metro Vancouver will monitor and manage visitor’s behaviour.
Inappropriate behaviour may course closuer of the beach.

–  Swim events are all cancelled at this stage.

–  We won’t have any legal venders during 2020 season.
Bring your foods and drinks… then, take your trash up the hill!

–  No summer events for 2020 season… unfortunately…

Always keep your social distance, then, enjoy the summer!!