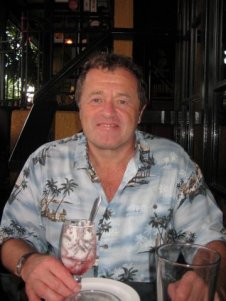 Obituary as Published in The Province

It is with profound sadness we announce the passing of Rod Harrison while on vacation in Cuba.

A Burnaby South Class of ’67 graduate, Rod was athletic and musical.  He loved sports, animals, nature, travelling, and jazz & blues.  In 1979, he earned his M.A. in
Communications Studies (SFU).

Rod held many positions including at S.F.U., Dale Carnegie, Burnaby Hospital, Vancouver Canadians Baseball Club and the Government of B.C..

At age 65, Sensei Rod obtained his 3rd degree Black Belt (Sandan) in Karate.  He taught Karate at the JCC Kyokuhinkai dojo for 20 years.  Rod lived his life based upon the Kyokushin principle:  “ We will train our hearts and bodies for a firm, unshaking spirit.” In that he lived this way, may his spirit rest in peace.

A passionate football & sports fan, Rod was the proud owner of a magnificent painting of a  BC Lions football game at Empire Stadium, which will be donated to the BC Lions Hall of Fame in his name.

A Celebration of his Life will be held on

If you wish, donations may be made in Rod’s memory to the BC Heart & Stroke Foundation.  A beach celebration of life date will be announced later.

Wreck Beach was Rod’s sanctuary and as such he kept it close to his heart and did not share his love of the beach with his “upstairs” students and associates.  Thus, out of respect for Rod, his close friend, Al, has asked that should you attend Rod’s  celebration of life  at the Jewish Community Centre, that you help keep Rod’s confidentiality about the Beach.  At a  later time TBA, we will be holding a celebration of life for Rod on the beach.  Thank you for your understanding.

We apologize about the confusion and hopefully see you all on the beach!

This California sea lion was named Senor Cinqo because the Marine Mammal Rescue folks rescued him from Spanish Banks on May 5.

He had been shot twice in the face and has lost one eye and several incisors.

He was emaciated when he was found weak and unable to escape his rescuers.

He is responding well to treatment but it remains to be seen if he will be able to be released back into the wild.  If he recovers, he will need a new home.

Whoever the cowardly person who shot him in the face with a small-calibre hand gun was, they deserve to drown in the pee of a thousand camels. 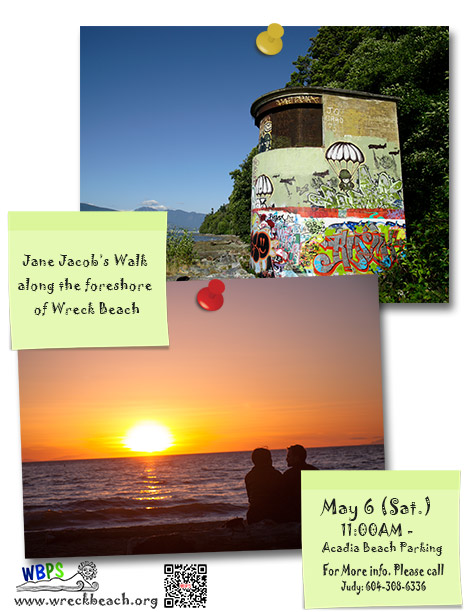 We are going to meet @ Acadia Beach Parking Lot.

Hike goes from parking lot to Trail 3, up Trail 3 and down NW Marine Drive.

Person with most number of correct answers to a quiz, first(!!) gets a Wreck Beach T-
Shirt.

You might want to bring a lunch because it will take between 3-4 hours.

This time of the year, the weather could be unstable. So, we will recommend to bring jacket and decent walking shoes.